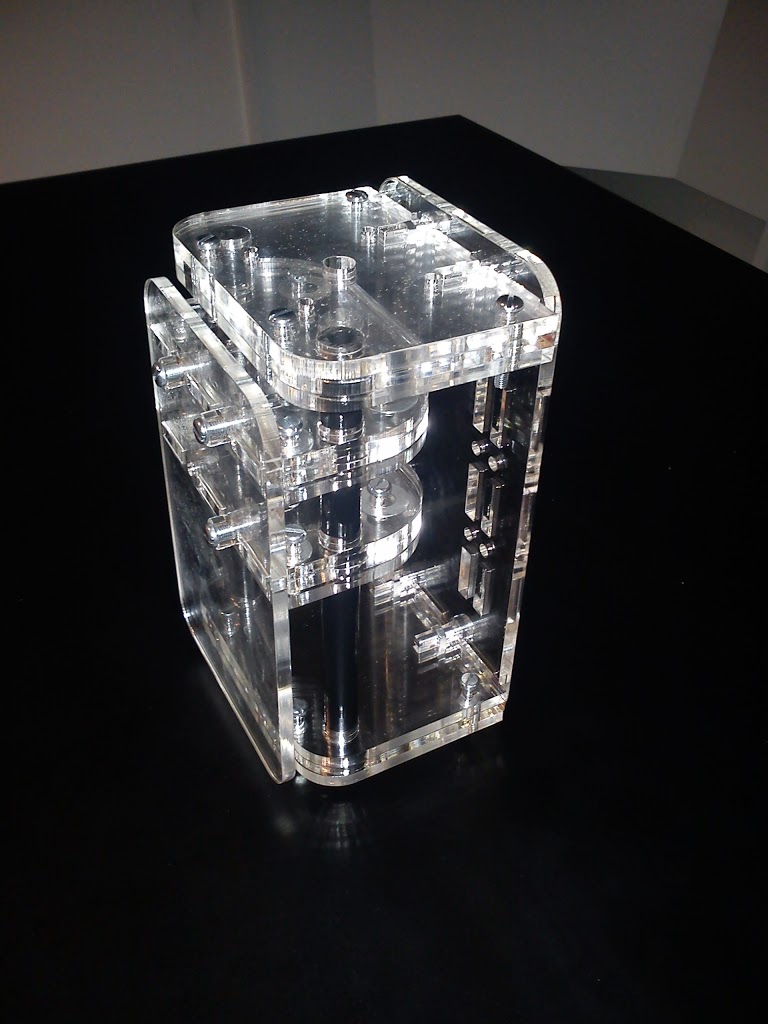 Following on from the GRBL on a Boarduino post earlier we have started on the machine to attach it to!
After considering all sorts of options including a selective laser sintering 3D printer we have decided to start with a standard CNC Router with a bed of 1×0.5m. With this we will be able to cut, amongst other items, large model aircraft parts from carbon fibre sheet which we have had a number of requests for.
We have built the first prototype for the z axis and have already scrapped it for a lower friction, stiffer, longer travel version!
Images below:

The Clear acrylic may be a permanent feature – it gives it a nice 1970’s “Science Of The Future!!!!” look.
Categories: boarduino, CNC, Controller, grbl, Stepper Motor
Shop